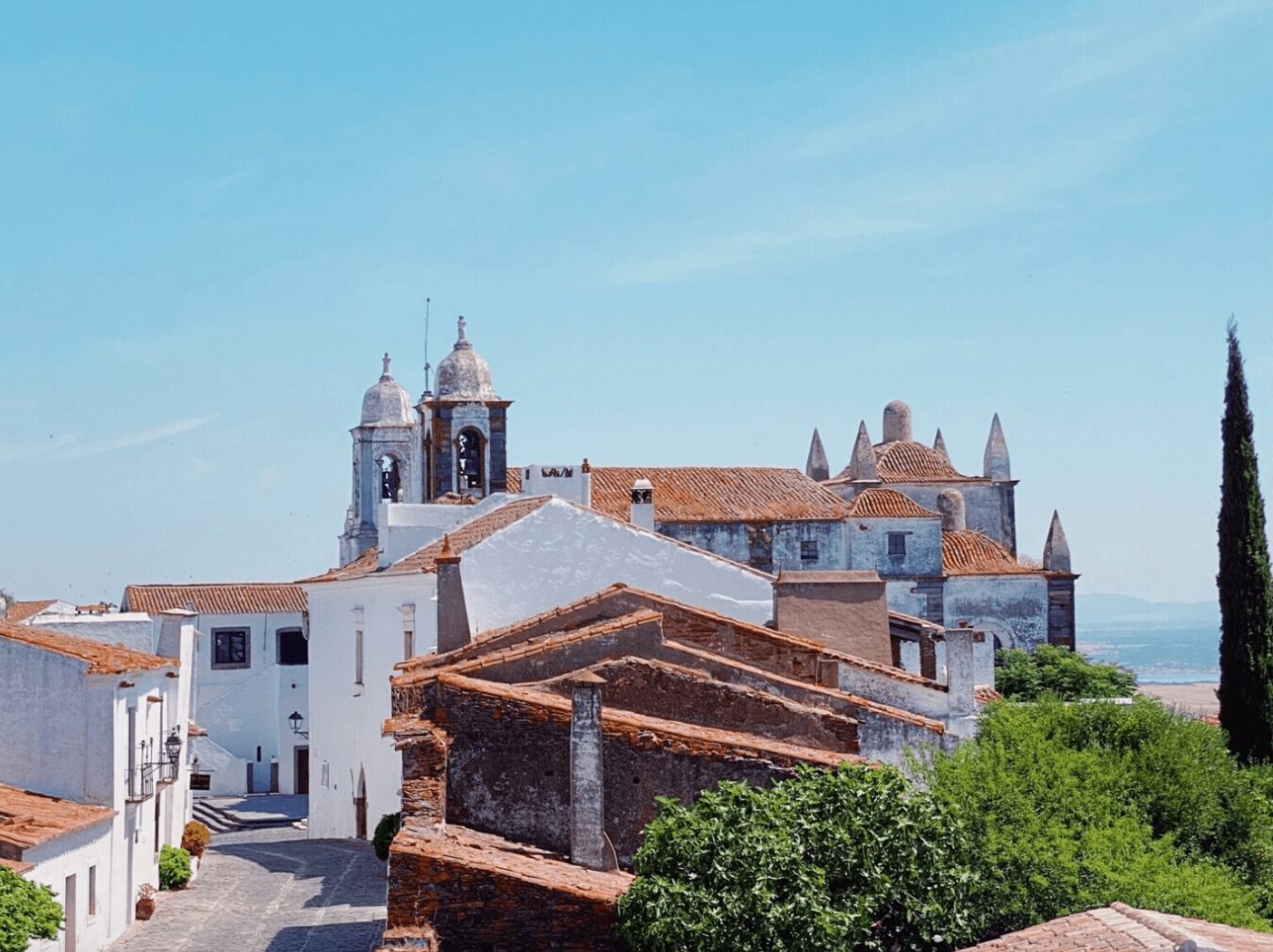 We recently took a trip further inland to Alentajo’s ‘village in the sky’, the beautiful medieval Monsaraz.

One of the oldest settlements in Portugal, Monsaraz was highly coveted in the early 1100’s for its priviledged location, perched atop a high hill with panoramic views. Over the years it saw several fierce battles and takeovers, but was eventually recovered in 1232 by King Sancho II with help from the Templar Knights, to whom he donated the village in gratitude.

Located near the Alqueva dam (and coincidentally the best place to view the dam from), Monsaraz feels other-worldly. Almost as though somebody has attached large balloons to the vast wall ringing the town and let it float away in to the open air. A stoic castle looms at one edge of the village, with closely packed streets spilling away from it over the undulating blanket of the hilltop.

While you’re there take some time to browse the artisan shops, and stop for a traditional Portuguese lunch in one of the handful of restaurants hidden among whitewashed buildings.